With a diverse culture and countless traditions, India is a land where each festival holds significance and Holi is one of them. Being the festival of colours, emotions and happiness. Holi is considered one of India’s most respected and celebrated festivals. On this auspicious day, people are united and they forget about all the grudges they hold towards each other, which is why it is also sometimes called the “It’s a love feast.” It lasts one day and one night, commencing on Purnima, or the Full Moon Day in the month of Falgun.  It is celebrated in the name of ‘Holika Dahan’ (burning of demon Holika) or ‘Choti Holi’ on the first night of the festival and is called ‘Holi’ the next day popularly known as ‘Basanta Utsav’ or ‘Spring Festival. It is known by distinct names and celebrated in a unique style in different parts of the country. Some of them are mentioned below:

What is Holi Festival and Why is it Celebrated?

Baithaki Holi: The villagers do a musical performance using classical instruments and sing songs. The songs are based on traditional ragas, with a dash of spiritualism, laughter, and melody sprinkled on top.

Khadi Holi: Men are clothed in traditional clothing as they sing and dance on Holi tunes with instruments like the ‘Dhol and ‘Hurka.

Mahila Holi: As the name implies, this festival is exclusive for ladies (Mahila) and is a variation of Baithaki Holi. 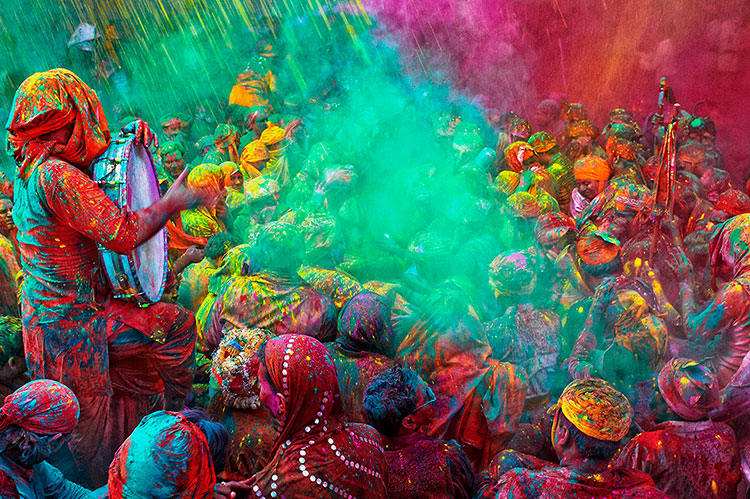 Why do we celebrate it in the first place? The answer to the question lies in the next paragraph. Holi is an ancient Hindu festival that anticipates the advent of spring after a long winter. It has now gained popularity among non-Hindus as well. It celebrates the triumph of good over evil and is a day of joy and love. It also expresses gratitude for a successful crop.

The mythological story behind this Festival:

According to the Bhagavata Purana, Emperor Hiranyakashipu—the king of evil Asuras who could not be destroyed by either a man or an animal—became conceited and demanded that everyone worship him as a god. Prahlada, the king’s son, disagreed and opted to stay loyal to Vishnu. Hiranyakashipu became enraged and sentenced his son to severe punishments. Finally, the king’s sister, Holika, duped him into joining her on a pyre. Prahlada remained exposed while Holika was shielded by a cloak. The cloak fell from Holika’s head and enveloped Prahlada, protecting his life as the flames raged.

Vishnu then descended in the form of Narasimha, a half-man, half-lion who slew the monarch. This is why Holi starts with the Holika bonfire, which symbolises the triumph of good over evil.

Another mythology states that Lord Krishna’s complexion became a distinctive blue colour when a demon poisoned him with her breast milk. Krishna was frightened that because of his skin colour, the fair-skinned Radha and her pals would never accept him. Krishna’s mother then urged him to approach Radha and spread any colour he desired on her face. In the Braj area of India, the lighthearted colouring grew into a ritual and, eventually, a celebration is known as Holi. The Holika bonfire, which symbolises the end of evil, kicks off Holi.

Aside from setting a fire, additional rituals include recycling the ashes from the fire to light the burner at home, preparing special treats, and playing with colours.

The first rite that marks the start of the celebration is lighting a bonfire on the full moon night of ‘Phalgun.’ People gather in an open place on the occasion of Holi to start bonfires consisting of dead leaves, twigs, and wood. The ashes from this sacred fire are then used to start their household flames at home.

The next day, the feast of colours, also known as ‘Dhuledi,’ is celebrated. Adults and children spread vibrant colours and paint on each other or use water jets known as ‘pichkaris’ to shoot coloured water on passers-by at this time. Colours are made in many families using a traditional colour preparation method known as ‘abeer.‘

The tradition is incomplete without paying a visit to friends and relatives and exchanging gifts with them. On Holi, the youngsters greet their elders by touching their feet for blessings and presenting sweets to them. Families then go to their relatives’ or friends’ houses to celebrate Holi together, basking in the spirit of togetherness and bringing the community closer together.

Food is an important aspect of Holi, and it is one of the factors that keeps both adults and children stimulated on the festival’s day. Making exquisite sweets and treats is significant, especially for the ladies in the family, and the scent of freshly prepared sweetmeats with ‘Desi Ghee’ frequently greets the morning. In parts of Maharashtra and south India, the sweets ‘Gujjias’ and ‘Puran Poli’ are the most popular. As part of the customs, ‘Thandai’ (a refreshing drink prepared with almonds, milk, sugar, and spices) is offered in huge amounts and is frequently blended with ‘bhaang’ (an intoxicating element). Although ‘Bhaang’ is considered intoxicating, it is drunk as part of the Holi celebrations. 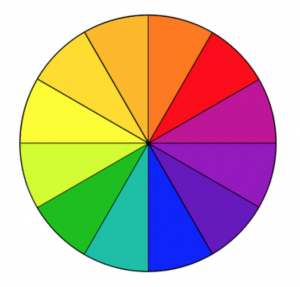 Since it is a festival of colours each colour holds significance in Hindu mythology. The most prevalent colour of Holi is Red, which is used to embrace the Gods and Goddesses. Krishna, another avatar of Vishnu, is said to be represented by Blue. Yellow is also associated with Vishnu, who is virtually usually represented wearing yellow clothing. The colour represents wisdom, study, and serenity.

Green is associated with Prince Rama, another representation of Vishnu, who spent the majority of his life enslaved in the forest. Green represents life, fresh beginnings, harvest, and virility. A new day is symbolised by the colour range, which is the colour of the sun. This is very perfect with Holi’s theme of new beginnings and forgiveness.

Holi is a festivity that brings India’s diverse people together. It embraces each tradition’s individuality and significance, instilling pride and teaching us the importance of defeating evil with virtue. “HOLI WISHES”