Uttarakhand, a state where you get to experience and see flowers at its peak blossom, beautiful lakes surrounded with hills, glittering snowfall, wildlife in their natural habitat, people living in villages and cities, some of the highest mountain peaks in the world, biggest pilgrimage sites and temples, a spot for adventurous activities, interesting trekking places for summers and winters, the largest river flowing through, waterfalls with the mesmerizing view, and whatnot. You think of anything, Uttarakhand has everything to offer you. Let’s take a look at the top 10 places to visit in Uttarakhand.

Auli is known as the ‘Skiing capital of India’ and a resort hill station. It was originally a paramilitary base. It is located near Valley of Flowers National Park. Winter is the best season to visit this snowy place. December to March is the best time for skiing enthusiasts to visit Auli as it offers a chance to ski your heart out. The equipment to use for skiing is easily rented from nearby shops. Nature-lovers should visit the place in the autumn season. The panoramic view of Nanda Devi, India’s second-highest peak holds your heart. The cable car ride over snowy slopes surrounded by oak and coniferous trees gives a lifetime memory to hold in the eyes. Auli has a turquoise-coloured artificial lake surrounded by lush green trees and bushes. Auli offers you Garhwali cuisine on your plate and is a delicious treat to your stomach.

Rishikesh is located in the Himalayan foothills and is the ‘Gateway to the Garhwal Himalayas’. Since ancient times, saints and hermits have come here to meditate in search of higher knowledge and salvation. It is also known as the ‘Yoga capital of the World’ as it hosts thousands of workshops in ashrams for meditation and yoga. The Beatles came to Rishikesh in 1968 and stayed at Maharishi Mahesh’s ashram for transcendental meditation and wrote songs in their album called “White Album”. It is the ultimate spot for adventurous activities like Rafting, bungee jumping, paragliding, trekking, giant swing, zipline tour, etc. Triveni Ghat and Neer Garh Waterfall are the other major tourists’ attraction sites. According to mythology, it is said that Lord Rama along with his brother, Laxman came to Rishikesh to do penance after killing Ravana. Ram Jhula and Laxman Jhula are the bridges standing across the river Ganga.

The Valley of Flowers is one of the National Parks of India famous for its endemic flora and fauna. It has made its place in the Unesco World Heritage Site list as well. It is located in the Chamoli district of Uttarakhand. It is a wonderland of endemic and exotic flowers like orchids, poppies, marigolds, daisies, etc reflecting an ethereal view for the tourists. It is also home to native alpine flowers. From July to September, the valley turns into a glorious botanical plot. This park is a popular Himalayan trek on foot with eye-catching views of flowers and wildlife like grey langur, flying squirrel, red fox, etc. Valley of Flowers is a must-visit to experience the floral beauty of nature.

Kedarkantha is a mountain peak, a famous destination for winter trekking in India. It is located in the Uttarkashi district of Uttarakhand within the Govind Wildlife Sanctuary or Govind Pashu Vihar National Park at an elevation of 12500 ft. December to April is the best time to feel its majestic chills. Kedarkantha is the King of winter trek with knee-deep snow. Across the way is witnessed the first campsite, Juda Ka Talab, a lake where Lord Shiva once meditated. The meadows covered by fresh glittering snow with blowing cool air make Kedarkantha Trek a lifetime experience.

Dehradun is the capital of Uttarakhand and is the most populated city in the state. It is the Gateway to Nainital and Mussoorie. The major attractions of the city are Ghanta Ghar, Khalanga War Memorial, Mindrolling Monastery- a Tibetan Buddhist centre and Gurudwara Nanaksar. Dehradun has pleasant weather throughout the year. It is also an option to stay during Christmas and New Year. Dehradun is also home to renowned institutions like Wildlife Institute of India, Indian Military Academy, ONGC, Forest Research Institute, and Survey of India. It is the educational hub of Uttarakhand with prestigious coaching institutions and schools.
Dehradun is mentioned in the epic Mahabharata as the Home of Guru Dronacharya who was a famous teacher.

It is named after a famous conservationist and author Jim Corbett. It is the first National Park of India set up in 1936 originally named Hailey National Park. It is the shelter of critically endangered Bengal Tigers. The winter season is the best time to see wildlife in its natural habitat like Indian elephants, Indian pythons, Rhesus monkeys, Indian Pangolins, etc. Sal tree is the main. There are four gates as an entrance to the park which must be checked whether they are open before buying the tickets. The jeep safari to the dense forest is a must to experience and along the way, there is Corbett waterfall, Garjiya Devi Temple, and SonaNadi Wildlife Sanctuary.

Nainital has an eye-shaped lake. According to mythological belief, the eye of Goddess Sati falls here so the name is. This eye-shaped lake city is known as the ‘Lake district of India’. It is situated in the Kumaon Himalayas. The city is centred around the ravishing Naini Lake, a glittering water body surrounded by hills with cloudy weather is a picturesque scene to hold in eyes. It is the most visited hill station in the Himalayan range. Naini Lake is surrounded by seven hills- Ayarpata, Handi-Bandi, Lariya-Kanta, Naina, Alma, Deopata, and Sher-Ka-Danda. Nainital is the perfect spot for boating, hot air ballooning, paragliding, and picnic. Mall Road is a shopping hub here. March to June is the best to visit and heavy snowfall in winter makes it a snow wonderland for Christmas and New Year celebrations. The easy access to hotels and resorts makes it an awesome place for vacations and attracts tourists round the year.

Mussoorie is located in the Dehradun district of Uttarakhand and in the foothills of the Garhwal Himalayan range. It is known as ‘The Queen of the Hills’ of the Himalayas. It is the famous honeymoon destination for couples in India. Couples come here in summers to escape from the scorching Sun and visit in winters to experience snowfall. The winter line is a natural phenomenon, is something interesting and is the only place in India to watch. The first wildlife zipline of India is made in Mussoorie to view dense forests and their wildlife from sky-view.

Mahatma Gandhi called it ‘Switzerland of India’ due to the similarity of scenic views to that of Switzerland. It is located in the Bageshwar district of Uttarakhand. Kausani gets snowfall from October to February. April, May, and June are the ideal months to visit Kausani. It is the best spot for bird lovers. The Kausani Shawls by local weavers made in the Kausani Shawl Factory are famous. Someshwar Valley is lush green all over and is situated on the banks of two rivers Kosi and Sai. Kausani offers a mesmerising view of three magnificent Himalayan peaks: Trishul, Nanda Devi, and Pachchuli. The astrophotographers come here to see the clear sky during the day and star-gazing at night. The Stargate Observatory is an open-air observatory to see celestial objects through professional equipment.

Haridwar is situated in the Garhwal region of Uttarakhand. It is also known as the ‘Gateway of Gods’ and ‘Gateway to Char Dham’ pilgrimage. It is a holy Hindu pilgrimage site where the river Ganga is worshipped at night with lamps lighted on the stepped banks of river Ganga at Har Ki Pauri and rhythmic chants are performed. The pilgrims bathe here to free themselves from sins and attain salvation. November to March is the season to visit Haridwar. Lakhs of pilgrims come here to awaken their spiritual power and peace of mind by visiting famous and recognized temples like Mansa Devi Temple, Chandi Devi Temple, Bharat Mata Temple, Shri Chintamani Parswanath Jain Temple, and Daksha Mahadev Temple. It is one of the four places in India that hosts Kumbh Mela every 12 years. Kanwar Mela is held every year during the rainy season. The Neel Dhara Pakshi Vihar is a spot for migratory birds. 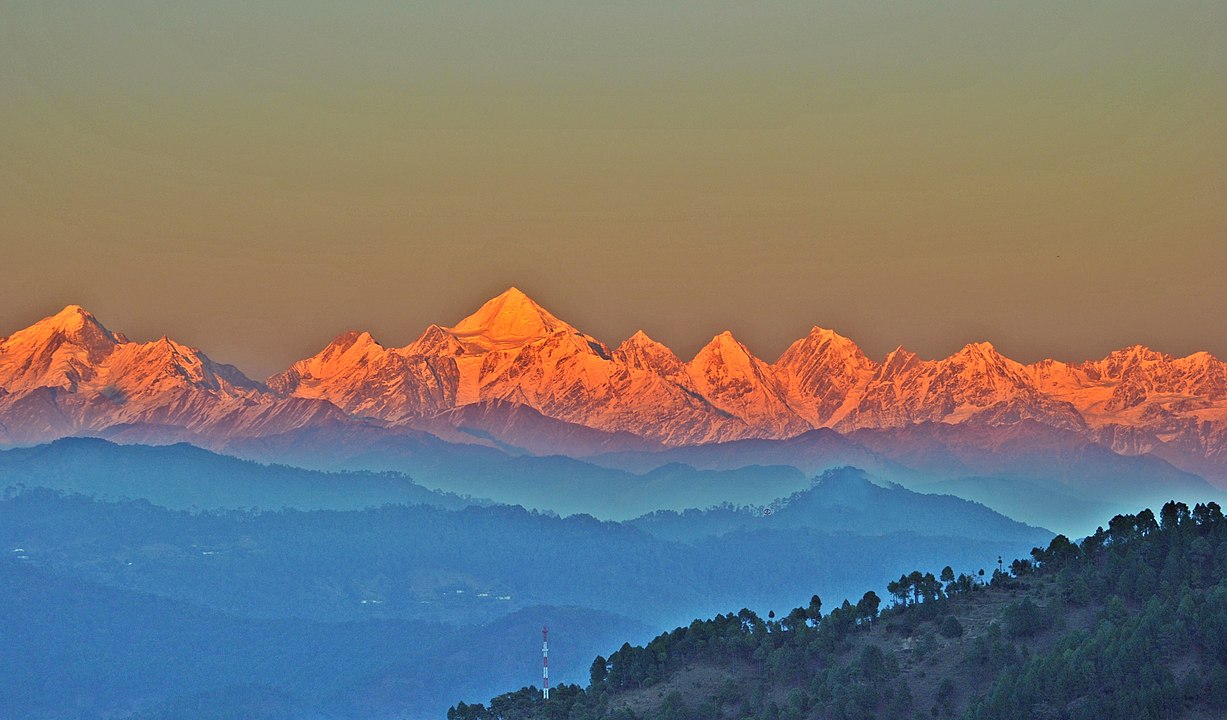 Kausani- a mini Switzerland of India

Beautiful Places to Visit in Mussoorie... 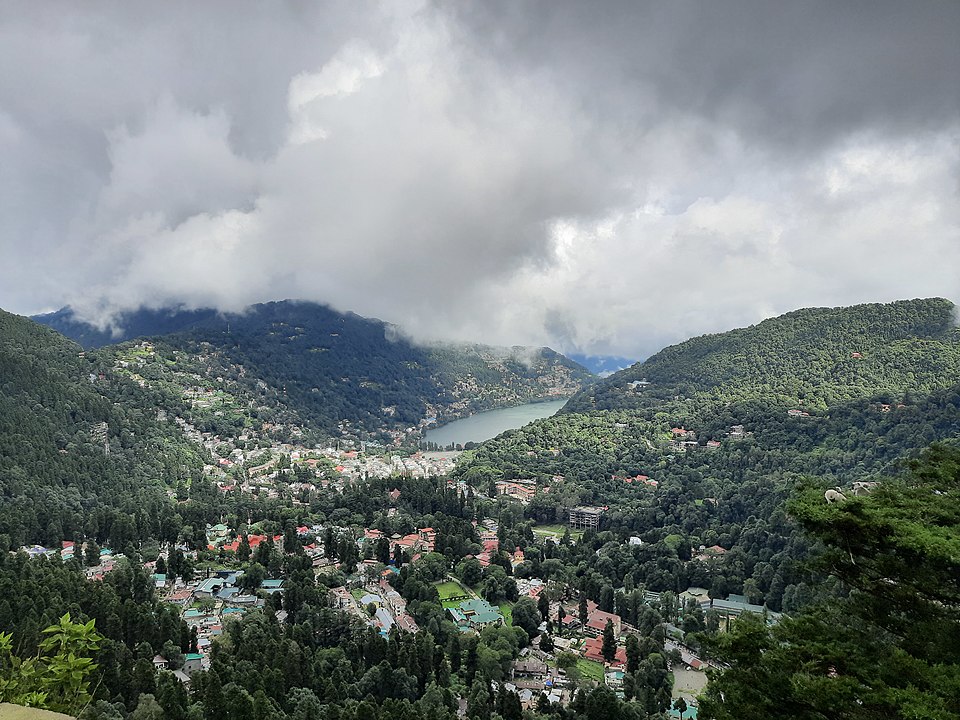 Best Places To Visit in Nainital...