Delhi, this capital of India has been captivating the people with its charm for ages and with each passing century, its glory has gleamed brighter and better. Whether you are a local resident of Delhi or an outsider, we bet our list of Delhi Special will give you a reason to plan a weekend retreat after going through this.

An architectural masterpiece, this Bahai religious centre will mesmerize you with its lotus like structure and the poise prevailing inside the temple will connect your soul to the higher power.

Your Delhi visit is incomplete without exploring the magnificent structure of Akshardham Temple. From architecture, to fountain show,  lush green gardens to a boat ride, everything is here to give you a perfect day out. Here you can pray, play, eat and enjoy!! What more you can expect from a tourist place.

Delhi has always been a solace for art lovers, the beatific architecture of NGMA will not only take you away in a world that is far different from the hustle bustle of Delhi Street. This place is a delight for art lovers. While exploring the nook and corner of NGMA, praising the artwork of other artists, buy some postcards and memoirs from the museum shop. These keepsakes will keep your memory alive and fresh.

This magnificent Mughal structure reminds the glory and splendour that the Mughal dynasty once enjoyed. Built with red sandstone and marble, the structure is laid in char bagh style. The central building is surrounded by a lush green garden. Embraced with serenity and poise spending some time at this monument could connect you with the reality of time!!

Garden of Five Senses is more than a park. Spread over 20 acres, this rocky terrain garden has various themes to surprise its visitors.  There you can enjoy 25 sculptures, murals, water bodies, bamboo court and wait, have we told you that it is known for its herbs and solar energy park. The Garden of Five Senses is a replica of the Mexican Mayan Labná Arc.  A walk in this park during pleasant weather will surely energize you.

This Krishna temple will take your devotional sentiments to a new height. The marvellous structure, mesmerizing statue and spellbound atmosphere all create a magical spell that fascinates the devotees.  Don’t forget to attend Gita Saar, a Vedic light and sound show. Here you will experience immense energy and calmness that you will hardly find any other place.

The dargah of famous Sufi saint Nizamuddin Auliya, it is one of the most revered dargahs in India. Every day millions of people visit the Dargah to bow their heads at this Dargah. The monument is always crowded with people, here you can experience the power of faith. The smoky aroma, colourful threads,  and Sufi music all make it an enchanting place. The dargah is connected to Nizamuddin ki Bouli through a secret tunnel. Constructed almost 800 years ago, this baoli has a wooden base and its water is still considered holy by the people.

Want to take a break from honking horns in Delhi. A morning walk in Lodhi Garden or a family picnic in this royal garden is a perfect retreat for you. Spread over 90 acres, this stunning structure was built by the rulers of the Lodi Dynasty in the 15th century. Here you can see Mohammed Shah’s Tomb, Sikander Lodi’s Tomb, Sheesh Gumbad and Bara Gumbad.

Humayun’s Tomb The first garden-tomb in Asian Continent, adoring the UNESCO WORLD HERITAGE SITE, this marvellous structure is next to the Taj Mahal for its beauty and popularity. Based on Charbagh’s style, many Mughal rulers are buried there. Built of red sandstone, the monument is known for its Persian design.

A walk to Delhi is incomplete without a visit to a red fort and Chandani Chowk. Once symbolizing the glory of the powerful Mughal dynasty, the structure still represents the glory of India on Independence Day. a part of the UNESCO WORLD HERITAGE SITE, the fort is badly ruined now, only walls and ramparts, the main gates, the audience halls and the imperial apartments are open for the visitors. This red stone building has witnessed many rises and falls. The mark of time is evident in this structure now.

The official residence of the president of India, the building is worth watching. Dominated by European architecture you can pick traces of Mughal and Hindu architecture superficially, this building is open to visitors on  Friday, Saturday, and Sunday. The Mughal Garden of Rashtrapati Bhawan is worth watching and its beauty is at its peak during the winter season. The garden is open to the public from February to March every year.

A mausoleum without a tomb, the burial site of Mahatma Gandhi, and the place also has memorials of other famous leaders like Pt. Jawaharlal Nehru, Lal Bahadur Shastri etc. A visit to Rajghat would give you a tryst with Indian history, especially the history of the British people, how the leaders and people came together to fight against the mighty empire. The place is well-maintained and trimmed lawns enhance the natural charm of this place.

In the next post, we will discuss the best shopping places and eatery joints in Delhi where you can relish the richness of Delhi culture. 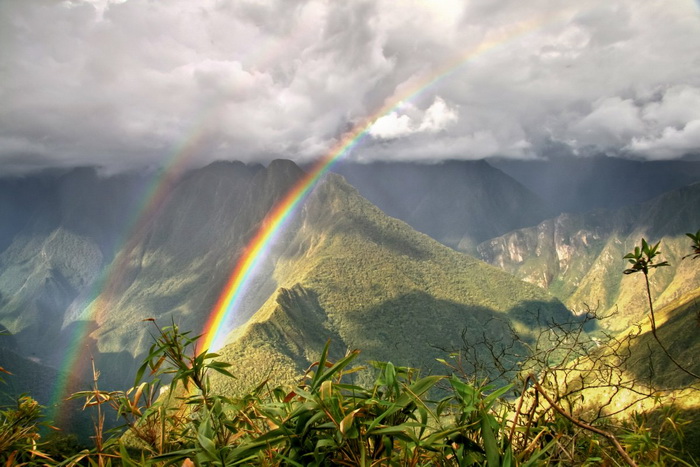 Tourist Places to Visit in Rainy...